Everybody has days where they don't want to get out of bed but these people have weeks and months where they really don't...

Having a bad day? I suggest you check out
Intervention on A&E. Monday night at 8 and 9.

Tonight's first show was a double feature. I don't usually like the episodes when they cover two stories because it tells me the person isn't really as messed up as someone who gets a whole hour to themselves.
First up is Jenny who is (was) a "High End Hair Stylist." Now she is an overweight human pin cushion with bad hair. Why is it that a lot of hair stylists have bad hair? Is it because they can't cut their own head? Notice next time you get your hair cut. 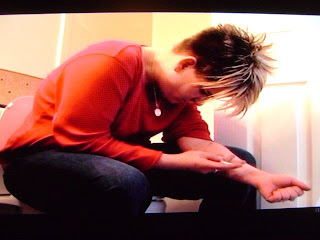 Jenny enjoys long walks on the beach, eating healthy and shoving
dirty needles under her skin while a camera crew catches all the action.

My favorite part of Intervention is the follow up segment. It's about 50/50 if people will relapse or if they even complete rehab. What do you think happened to Jenny? Well she got kicked out of rehab after a month and ended up pregnant! 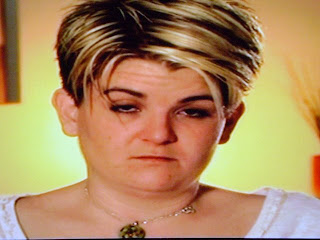 Whoever knocked her up needs an intervention too.

Next up is Mike who has a severe case of OCD. This guy washes his hands 60 times a day and will sit in one chair in his kitchen because he thinks the rest of the house is dirty. He's probably right but that dirt isn't going to hurt him as much as the hemorrhoids from sitting in that hard chair will. Mike is so messed up that he won't touch his children or grandchildren because he thinks he will contaminate them. 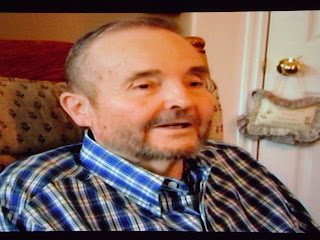 One scene tonight showed Mike telling about his bowels messing up. He was afraid some of it had splashed on the floor and could no longer live in his home. I can't imagine a worse feeling than literally being being afraid of shit and having diarrhea. Good luck with that one!

I wonder how Mike would have reacted if he had walked in to my apartment back in 2002 on a Sunday afternoon? I think an instant stroke would be the correct answer. For starters Barton would be asleep on the couch in the same clothes he wore to Moondogs two nights before. Jon would be laying in the dinning room with his boots off and Twinkie wrappers surrounding him like a chalk outline. If that didn't get ole Mike then the somebody walking in the door with a sackful of Krystal burgers would definatley do it. 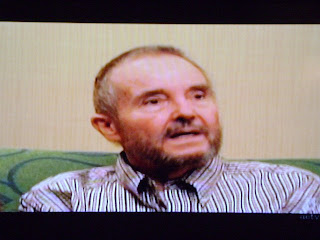 Mike got better in rehab and now has no problem touching his grandchildren.
...wait that didn't sound right.

Since the first show was a double feature tonight I will save the second episode for next week. Much like the recap portion of of Intervention I am excited to see what ads will pop up because of this topic. Yesterday's Clemson post brought advertising dealing with Police and Tattoos. Imagine that...(Ads to the right)
Posted by Josh at 2:11 AM

Hair stylist have really bad hair because it's usually their "friend" (who is another hair stylist) that cuts their hair. Of course the "friend" is really competition so they end up giving each other really effed up hair cuts so potential customers think it's a bad idea to have their hair done by them. Be scared of the hair stylist whose family and friends refuse to have their hair done by said hair stylist. It's kinda the same predicament for dentists. They usually don't have the most perfect teeth, but their help does. Never use a dentist that has people working in his/her office with bad teeth.

No Krystal in Charlotte = a whole new level of hangovers.

I have no idea why hairdressers have bad hair. I guess its the same reason fashion designers look like they just got off the set of a Broadway musical.

I think this will be my favorite blog segment! I watch that show all the time. Ben says I need an intervention for my addiction to intervention.

Google is making a case for damandintcare of the week.

I blame Becky though.