I'm going to take a break from Scoops for a while. I've had a bunch of people give me ideas and I have those filed away so they will make an appearance soon but just not today. You know how David Caruso can only act in crime dramas on TV now? That's what this blog was turning in to with nothing but Scoops and Ups.

This post is about random thoughts I've had lately...

You know what gets on my nerves? People who drink Diet Coke for the taste of it but when you go to eat with them and somebody orders a Coke and the other person orders Diet Coke they have to ask you to taste it to make sure the server brought the right one. Does that make sense to anybody?

Oh yeah, I'm one of those Diet Coke people who have a hard time telling the difference.

Last week I invited a few people from my poker game to take my kickboxing class that I teach on Thursday nights. I almost had one taker when I told him he could wear my gloves.

I can teach you this if you promise not to use it against me.
Tonight I felt the need to tell the cashier at Target that my wife is pregnant and she wanted the milk, powdered donuts and gummy bears that I was buying.

I should have invited him to my kick boxing class.

I didn't feel the need for a story when I ordered the Baconator. There is no hint of healthiness in this burger.

They don't even waste time asking if you want lettuce or tomato with this one.
Am I the only person on the mailing list for Twisted Parties? I get an email from them every day and every time I see it in my box I think it says Twisted Panties. What a tease.

Speaking of teases what the hell is this about? And who is this?

Is this was a 400 pound man it would be gross wouldn't it?
Actually the more I look at it the grosser it gets.
I hope she just has sand in places I don't have places.

I was at Subway the other day and ordered double meat on my sandwich. The girl behind the counter said, "That's a lot of meat." You know what I mean and don't be rough!

Some people think that I wear faded designer jeans but they just look that way from wiping my hands on my jeans after each powdered donut.

If I owned a Zoot Suit this is what I would look like right now.

Is it just me or does everybody in this video look uncomfortable?

I was shopping for those Victory Plates at Wal-Mart and playing a little BINGO while I was there. I completed a the column under "N" within 15 minutes of being at the Walmart in Madison last week. 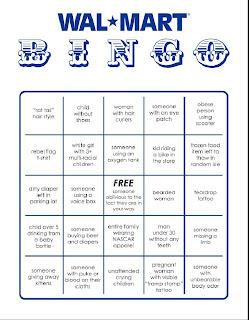 I've learned that you don't look forward to Fridays as much but Mondays sure don't suck as bad when you don't have a job.

I've looked all over for a picture of Lauren in a pair of Scoops and Ups but I've had no luck yet. Don't think I'm giving up Lauren and this isn't your official shout out either. I do know how to use Photoshop so it would probably be easier on you if you just to send me a picture.

If you think about it OJSimpsondidntcare! (either time)

Is it possible to love something as much as you hate it? Yes...Football.

In my next life I want to be a Shark or a Panda.

You think the police were standing just off camera when this happened? 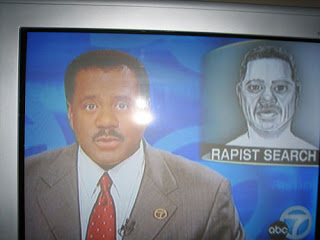 The News Director didn't care
Jab of the week...

Alan Colmes of the network's "Hannity & Colmes" said Monday that he'll be leaving the prime-time show after 12 years. He'll continue as a commentator on Fox programs, keep doing his radio show and is developing a weekend show at Fox.

"We have a Democratic House, Senate and president," Colmes said in an interview. "My work is done."

Alan Colmes will also be reprising his role as the Crypt Keeper on HBO's Tales from the Crypt.

I wonder how many guys will scroll back up to see the picture of the girl licking her hands before clicking off this site?

Why did they have a machine gun on the rover in the movie Armageddon? Somebody knows something!

Maybe I'll have an update or two over Thanksgiving.

Obama Scoops - This may as well be called a ski because it lets you walk on water.
I'll have a big update Monday. I just had to post this one.
Posted by Josh at 1:45 AM 7 comments: